Primitive Art - Indigenous objects made by hand, inspired by the past 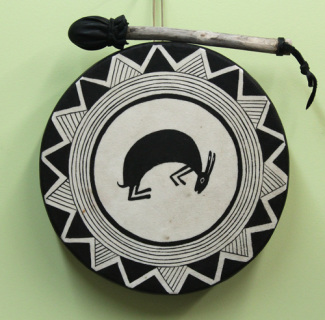 BLACK BUFFALO DRUM – Leave Big Tracks Beyond the Red Line
The powerful black buffalo travels great distances in life. His tracks around the drum stay close to the red world while learning traditions and the medicine from the elders. When he arrives at the height of preparedness – the top of the drum – he leaves the known world into the unknown (the stones represent these challenging steps and the feathers are flight power for this transition). He moves beyond the scope of what he has been taught, to a place where he learns for himself, a place where his personal sovereignty emerges and he sees what is true, what is real. All the while supported by the spirit of The People. He becomes authentic and leaves his mark on the world (four foot prints on the rim). 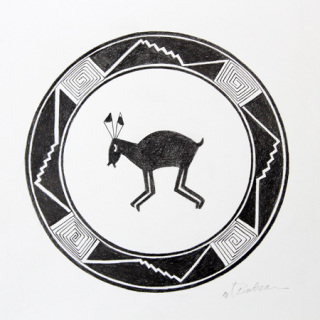 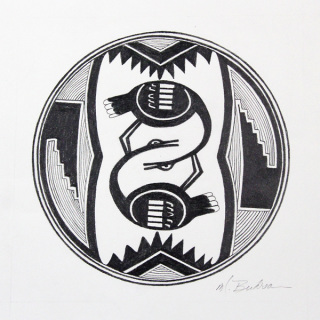